The world locked down hard during the Covid-19 pandemic, and Australia, especially Melbourne, locked down the hardest. Australians were stuck inside, afraid of getting seriously ill, and isolated from loved ones and society. Many were unable to work.

Domestic violence was already a grave issue before the pandemic. The lockdowns and the attendant physical stress, emotional stress, and extreme anxiety led to a surge of domestic violence cases, leaving many searching for a criminal defence lawyer.

What Is Domestic Violence?

In Victoria, “domestic violence” is otherwise known as “family violence.” The primary statute regulating family violence is the Family Violence Protection Act 2008 (Vic). Family violence is harmful or violent behaviour that is used to “control, threaten, force, or dominate a family member through fear.” It includes:

Who is Considered a family member?

Anyone in the following relationships can be considered a family member:

If any of these categories apply to you and you require help with a dispute or a potential dispute, seek the assistance of a criminal defence lawyer.

Several studies done over the first year of the pandemic showed an increase in domestic violence during lockdowns.

Perpetrators with no prior history of domestic violence

A national survey of over 350 domestic and family violence agencies and their clients showed a “shadow pandemic” of domestic violence during the lockdowns. More than two-thirds of the agencies surveyed reported an increase in new clients during the Covid lockdown. The agencies also reported:

A survey taken during the first year of the pandemic revealed that over 50% of Victoria’s domestic violence workers had reported an increase in the frequency and severity of domestic violence since the start of the lockdowns.

Also, the Melbourne Safe Steps domestic violence crisis support hotline experienced increased calls by 20 percent during the stage 4 lockdowns in Victoria. Safe Steps also launched a webchat service for women who needed to ask for help while the perpetrator was in the house.

The Australian Institute of Criminology did an online survey of 15,000 women, asking them about their experience with domestic violence in the early stages of the pandemic. Released in July 2020, the survey found the following:

Do You Need A Criminal Defence Lawyer?

If you’re the victim of a domestic violence dispute, consider seeking experienced counsel. These situations and any allegations that stem from them can have severe consequences on your life.

Placing your trust in legal experts trained in this area gives you the best chance of success. It can also relieve some of the stress you’d be going through at this very sensitive time.

Who Are The Best Criminal Defence Lawyers In Melbourne?

The lawyers at Josh Smith Legal are experienced in all areas of criminal law. We are known and respected for our excellence throughout Melbourne and Victoria and are among the most highly renowned Queen’s counsels and barristers.

Domestic violence is a serious issue in Melbourne. The pandemic and the lockdowns saw an increase in cases, the ramifications of which are still being felt. The lockdowns may be over, but the threat of domestic violence isn’t. If you or someone you know have questions or need a confidential discussion, you can contact our criminal defence lawyers today. 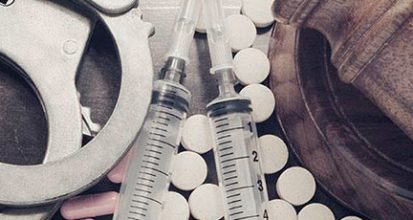 Parenting Issues: Do You Need a Drug Offence Lawyer?

It is well-known that the brain doesn’t fully mature until 25. Growing up in today’s fast paced, digital world, young people have many outside influences and pressures, and they might not exercise the best decision-making, whether it be at school, at home, at a party, or driving a car. A conviction for a drug charge

Call Us Now For A Free Consultation

We assist with all forms of criminal and traffic offences - call us today, we're happy to answer any questions you may have.

What Our Clients Say

Awesome lawyers. They have great knowledge and skills and know how to work with people to get the best results. I needed answers when I got in trouble for assault and thank god I called Josh Smith because he was kind, helpful and gave me all the info I needed to get through my stressful time. We got a great result in court even tho I have been in trouble with the cops before and now I can get back to my family and my job thanks to the hard work!

Josh is an excellent lawyer for drink driving cases…he is always happy to listen, answer my calls day and night and on weekends and gave me clear advice the whole time. He is also a gun in court and was able to get me no conviction and a small fine when other lawyers told me I would be in much more trouble. Thank you josh for your hard work and I highly recommend you

Josh Smith Legal – Barristers & Solicitors are an experienced law firm based in the melbourne CBD.