It is well-known that the brain doesn’t fully mature until 25. Growing up in today’s fast paced, digital world, young people have many outside influences and pressures, and they might not exercise the best decision-making, whether it be at school, at home, at a party, or driving a car.

A conviction for a drug charge is a stain on one’s record and can seriously impact your child’s future, whether employment, financial, or travel-related. Despite their best intentions, a parent or caregiver may need a drug lawyer or a drug driving lawyer.

Typical Drug Offenses that May Require a Drug Lawyer

Typically, the police can charge your child with four types of drug offences:

If one’s child is involved in drugs at school, they could be suspended or expelled, and the school could also contact the police. The child's parents involved would be well served by contacting a drug offense lawyer for assistance.

Not Just Smoking in the Boys’ Room Anymore

Getting caught smoking, inhaling, injecting, or swallowing illegal drugs has serious consequences. One can be fined or sentenced to jail time or both, and it is also unlawful to inject drugs into someone else or put drugs in their mouth.

One of the most common offences - drug possession - is when someone is caught with drugs, usually in one’s pockets, bag, or room. If an illegal drug is found in a person’s house or unit, the police must prove that they had physical control or custody of the drug or that the person knew the drug was there and intended to possess it.

Generally speaking, the smaller the amount of drugs one has in their possession, the less trouble they will be in. A drug offence lawyer should be retained to help a person defend this charge.

If Child Charged with Growing or Manufactured Drugs: Call a Drug Lawyer Right Away

Cultivating or growing an illegal plant is..well,  illegal. So is the manufacturing of illicit drugs. If the drug isn’t being grown for personal use only, then a person could also be charged with drug trafficking.

Even possessing a recipe or the necessary equipment for making any illegal drug is an offence. The parent should seek counsel right away.

If Child is Selling Drugs: A Drug Offence Lawyer is Needed

If someone is found to have a large amount of drugs on them or at their home, the police will usually assume that they were planning to sell them to other people.

Equally important, if the drugs are over a certain weight, the court will presume that person was supplying, unless proven otherwise. A drug lawyer should be consulted immediately to defend against these charges.

The police in Victoria have the authority to randomly stop drivers and test them for drug impairment. If they believe that a person is drug-impaired, they can ask for a urine or blood sample.

The offence of driving under the influence of drugs is decided by whether drugs are in a person’s system, not on the amount found. So if someone took drugs several days before being tested, the test could be positive for drugs.

The three-drug impairment offences that a person can be charged with are:

If one’s child is charged with these offences, a drug driving attorney should be consulted.

The courts treat drug offences very, very seriously. A young person’s future can hang in the balance if they are not appropriately represented. If you or someone you know have questions or need a confidential discussion, you can contact our drug offense lawyers today. 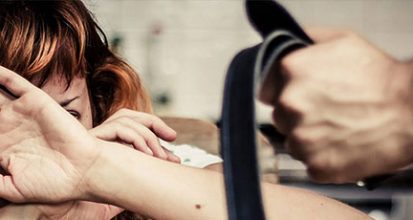 Domestic Violence On The Rise: Do You Need A Criminal Defence Lawyer?

The world locked down hard during the Covid-19 pandemic, and Australia, especially Melbourne, locked down the hardest. Australians were stuck inside, afraid of getting seriously ill, and isolated from loved ones and society. Many were unable to work. Domestic violence was already a grave issue before the pandemic. The lockdowns and the attendant physical stress,

Call Us Now For A Free Consultation

We assist with all forms of criminal and traffic offences - call us today, we're happy to answer any questions you may have.

What Our Clients Say

Awesome lawyers. They have great knowledge and skills and know how to work with people to get the best results. I needed answers when I got in trouble for assault and thank god I called Josh Smith because he was kind, helpful and gave me all the info I needed to get through my stressful time. We got a great result in court even tho I have been in trouble with the cops before and now I can get back to my family and my job thanks to the hard work!

Josh is an excellent lawyer for drink driving cases…he is always happy to listen, answer my calls day and night and on weekends and gave me clear advice the whole time. He is also a gun in court and was able to get me no conviction and a small fine when other lawyers told me I would be in much more trouble. Thank you josh for your hard work and I highly recommend you

Josh Smith Legal – Barristers & Solicitors are an experienced law firm based in the melbourne CBD.